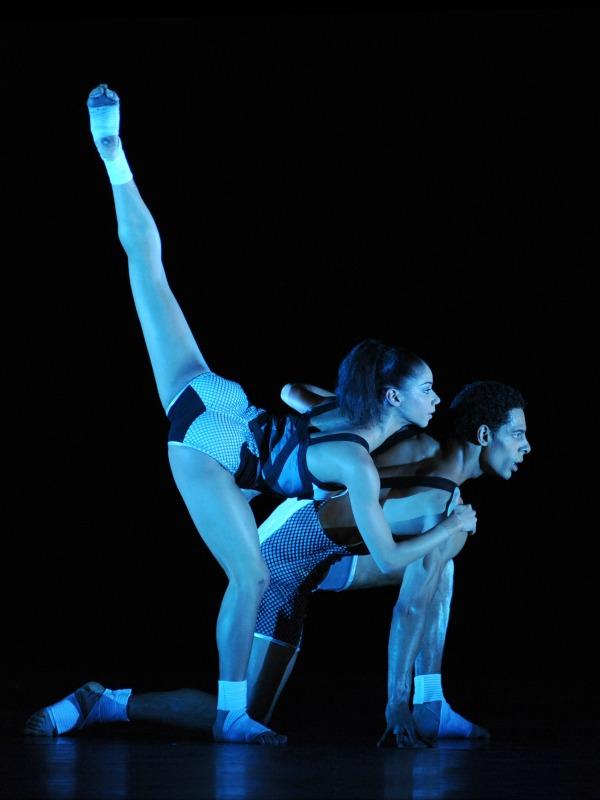 Faster is contemporary ballet at its visceral best: a heart-pumping triple program from some of the world’s best contemporary choreographers.
Inspired by the Olympic motto of “Faster, Higher, Stronger”, David’s Bintley’s Faster explores the super-charged world of elite sports. Dancers show off their extraordinary athleticism against a driving score by Matthew Hindson.
Multiverse, meanwhile, sees the return of Wayne McGregor, the genre-bending UK choreographer best known to Australian audiences for Chroma (2014) and Dyad 1929 (2013). Here, McGregor collaborates with trailblazing composer Steve Reich to push ballet to its most natural and unnatural extremes.
Faster also features an Australian premiere from Harbour, Squander and Glory, a thrilling distillation of his distinctive style, with set design by acclaimed architect Kelvin Ho.
Experience the intoxicating physical power of ballet with Faster.

FASTER BY DAVID BINTLEY
Showing off their physiques in streamlined sporting gear, the dancers explore the agony and ecstasy of elite sports.
INFRA BY WAYNE MCGREGOR
“This is a piece of sumptuous beauty and shimmering possibility …” – The Telegraph
SQUANDER AND GLORY BY TIM HARBOUR
How do you expel excess energy? Squander and Glory explores the excess space and shapes between movement.