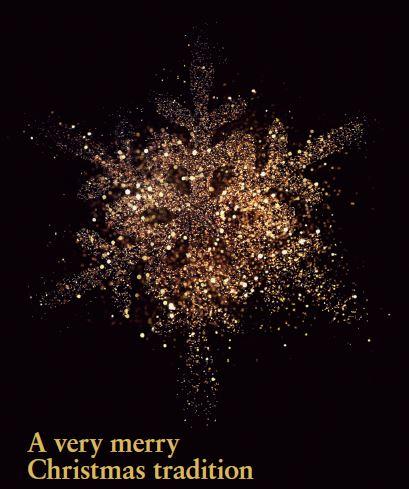 This event is now SOLD OUT

Join The Australian Ballet’s creative powerhouse behind the upcoming production of Spartacus for a wonderful insight into the creative process and the dancers development for this physically demanding performance. Find out how your Membership to the Friends will play an important role in supporting this dynamic new production.

Your ticket includes Champagne on arrival, a sit down 2 course luncheon with an accompanying glass of wine or champagne, tea & coffee. With the Company in town, you never know who might put in an appearance—from the Sugarplum Fairy to a Rat Prince, or even Santa himself. If you have never been to The Friends’ Christmas Party, this is an event not to be missed—a Champagne Luncheon of glamour and fun.

Dress to sparkle and impress!

Steven Heathcote AM
Steven Heathcote AM began ballet at age 10. He entered The Australian Ballet School at 16 and was offered a contract with The Australian Ballet in 1983.
Steven rose quickly to principal artist, a position he held for 20 years. He appeared as an international guest with companies including American Ballet Theatre, Birmingham Royal Ballet, the Royal Danish Ballet and Mariinsky Ballet.

After retiring in 2007 as The Australian Ballet’s longest-serving principal artist, Steven appeared in the 2009 feature film Mao’s Last Dancer. In 2010, he conceived and directed a new production of Handel’s Julius Caesar for Victorian Opera. In 2012, Steven returned to opera as choreographer and assistant director to John Bell for Victorian Opera’s new production of Stravinsky’s The Rake’s Progress and again in 2013 for Opera Australia’s acclaimed new production of Tosca. He returned to The Australian Ballet in 2014 as Ballet Master.

Lucas Jervies
Lucas Jervies is a choreographer, a NIDA-trained director and a former dancer of The Australian Ballet: Spartacus is his passion project. His brand new production will feature the soaring music of Aram Khachaturian; sets and costumes by
Jérôme Kaplan, who created the inventive designs for Alexei Ratmansky’s Cinderella; and our male dancers in their most powerful moment as the slaves who rise against the tyranny of their rulers.

“ The production is about a dehumanised slave becoming a human being, embedded within that is a love story.” – Choreographer Lucas Jervies