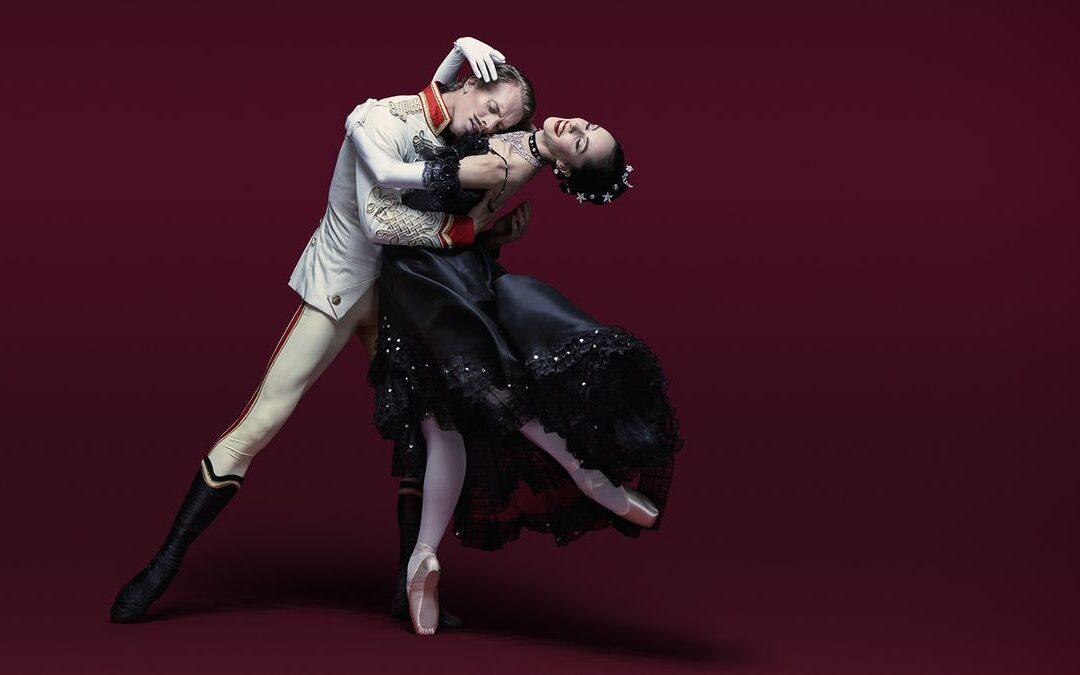 ABC TV now has a stunning selection of The Australian Ballet’s favourite performances available to stream free on iview for a limited time. 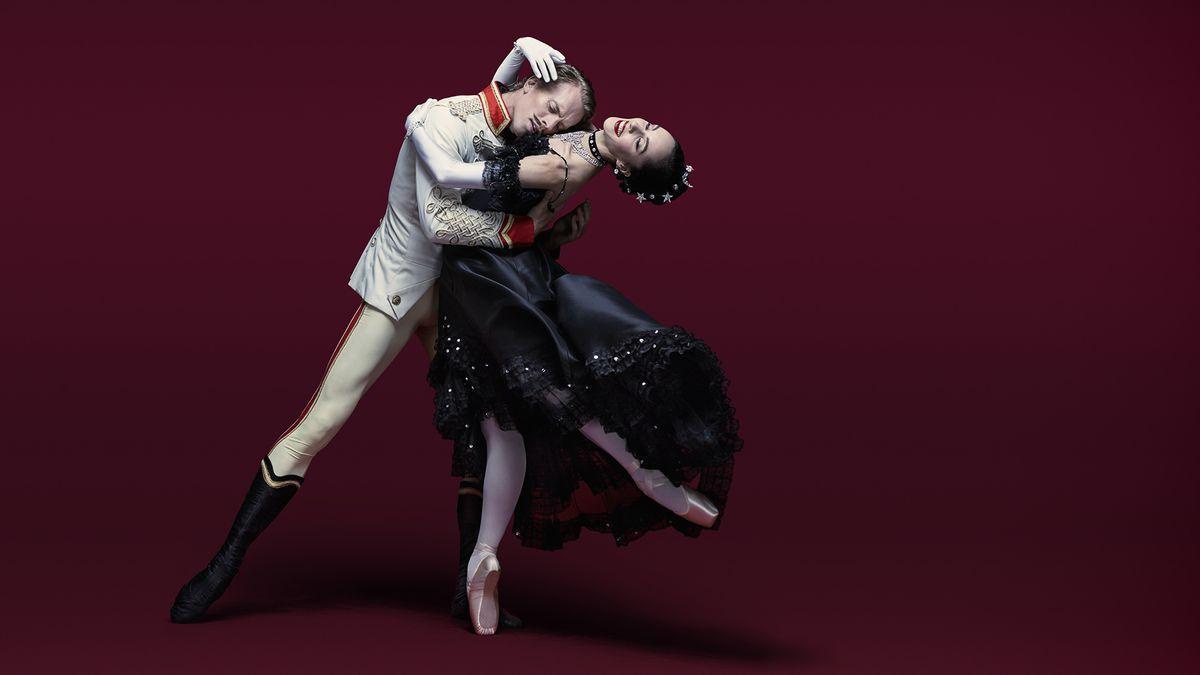 The Merry Widow is a lively tale of love, money and class, played out against the glitter and opulence of the Belle Epoque. View here 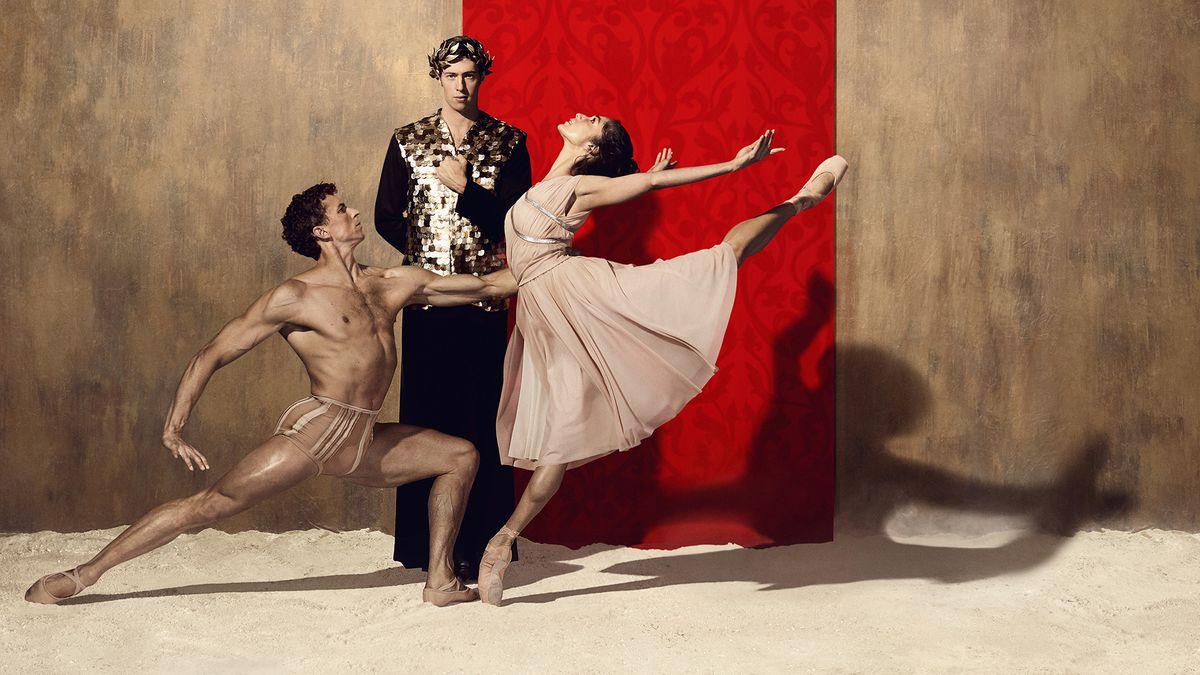 Set in Roman times, this production by Lucas Jervies follows the exploits of Spartacus, the rebellious leader of a major slave uprising against the Roman Republic. View here 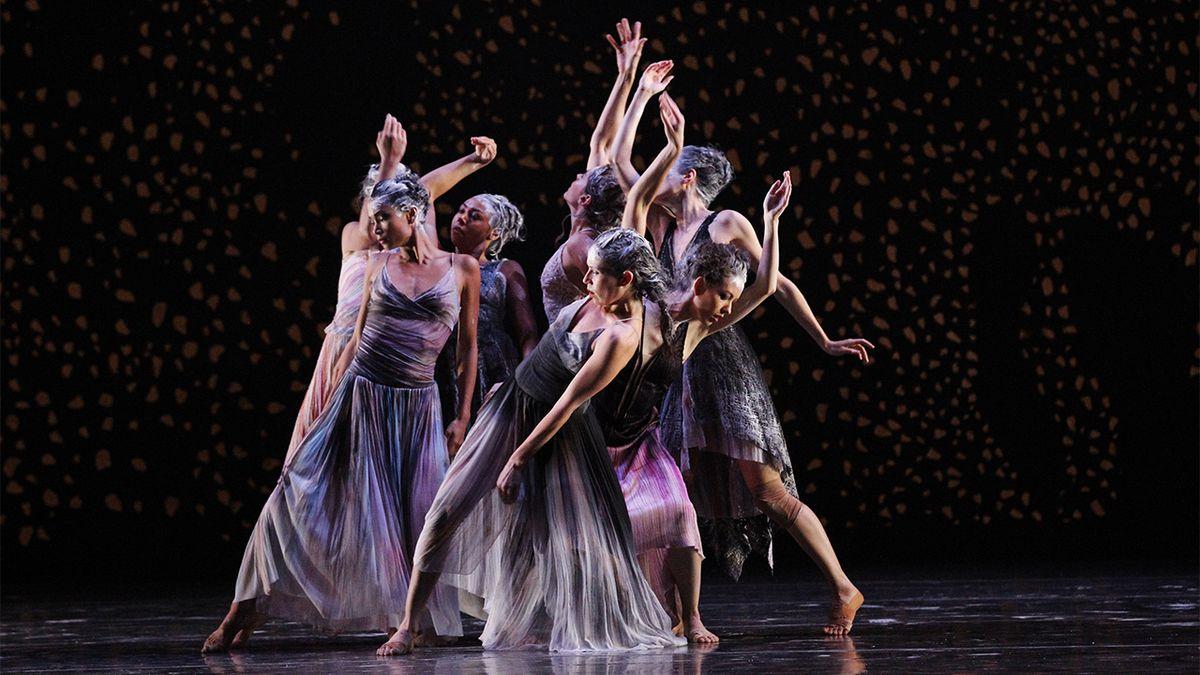 Warumuk – in the dark night

A collaboration between Bangarra Dance Theatre and The Australian Ballet, Warumuk – in the dark night takes its inspiration from traditional Aboriginal stories. View here 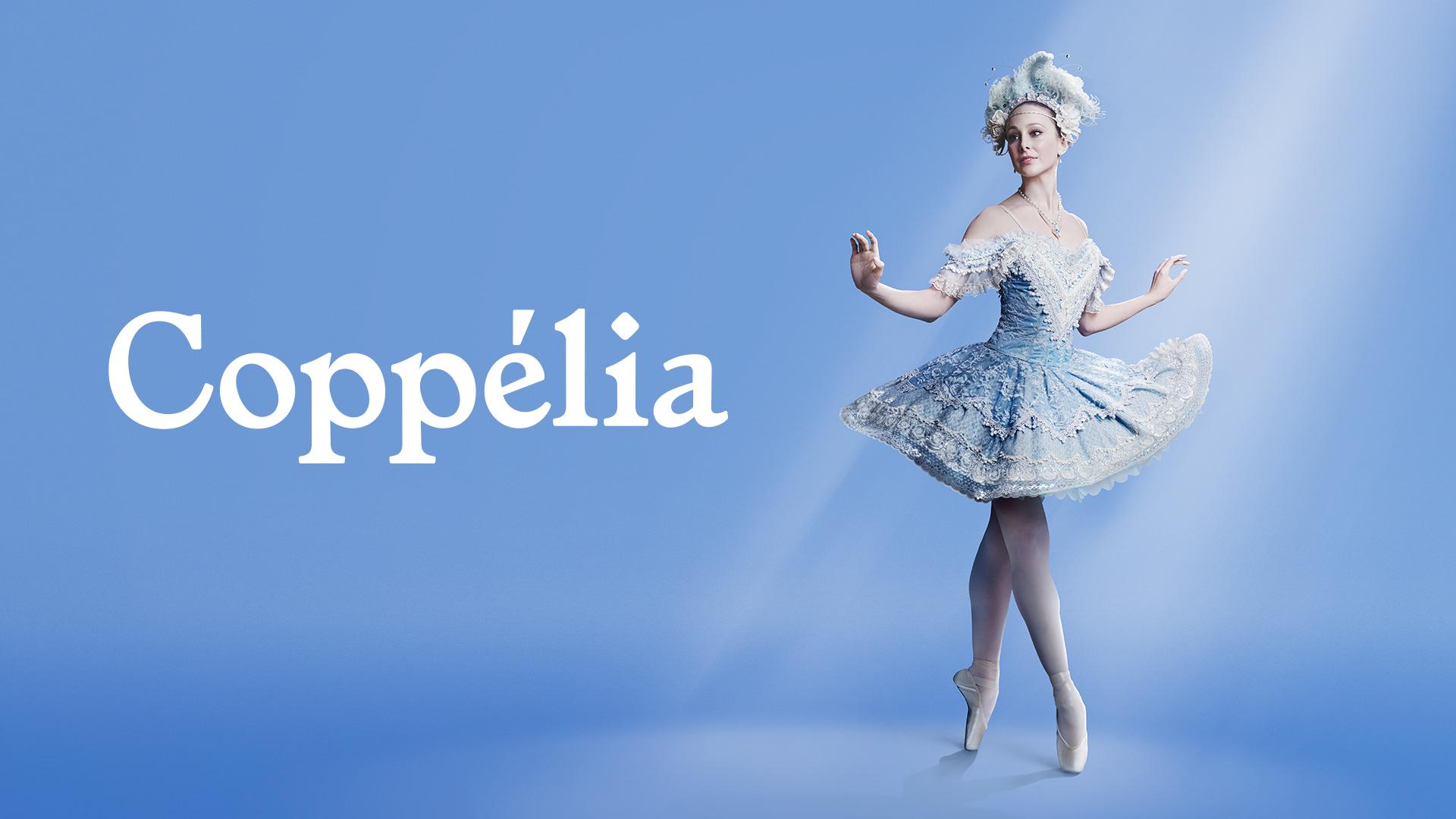 A sparkling tale of magic and mischief, Coppélia has everything a good story ballet should: enchantment, romance and sumptuous costumes. View here 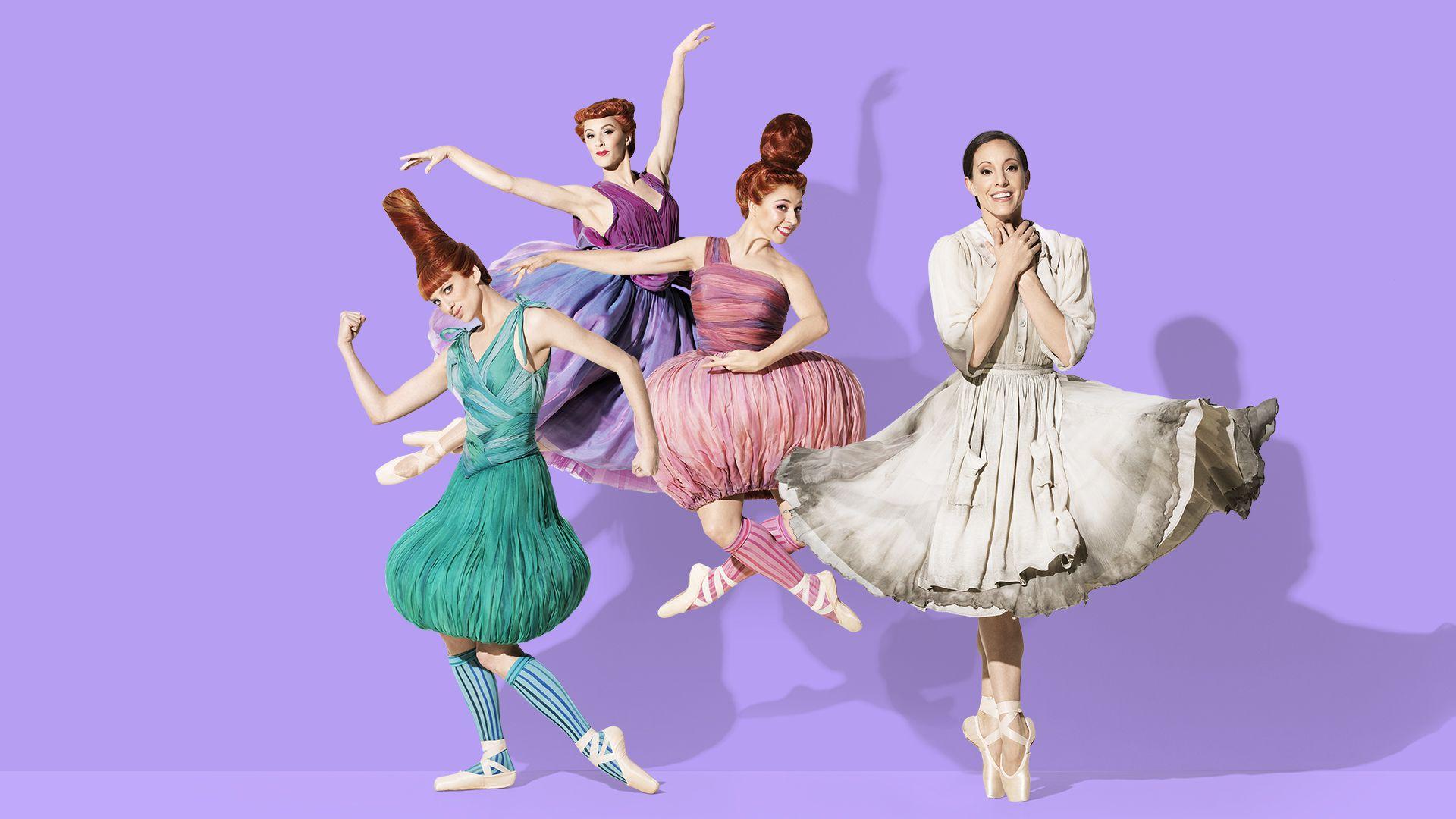 Alexei Ratmansky’s Cinderella has all the elements of the story we love – a feisty heroine, a dashing prince, a kindly godmother and a wicked stepmother. View here 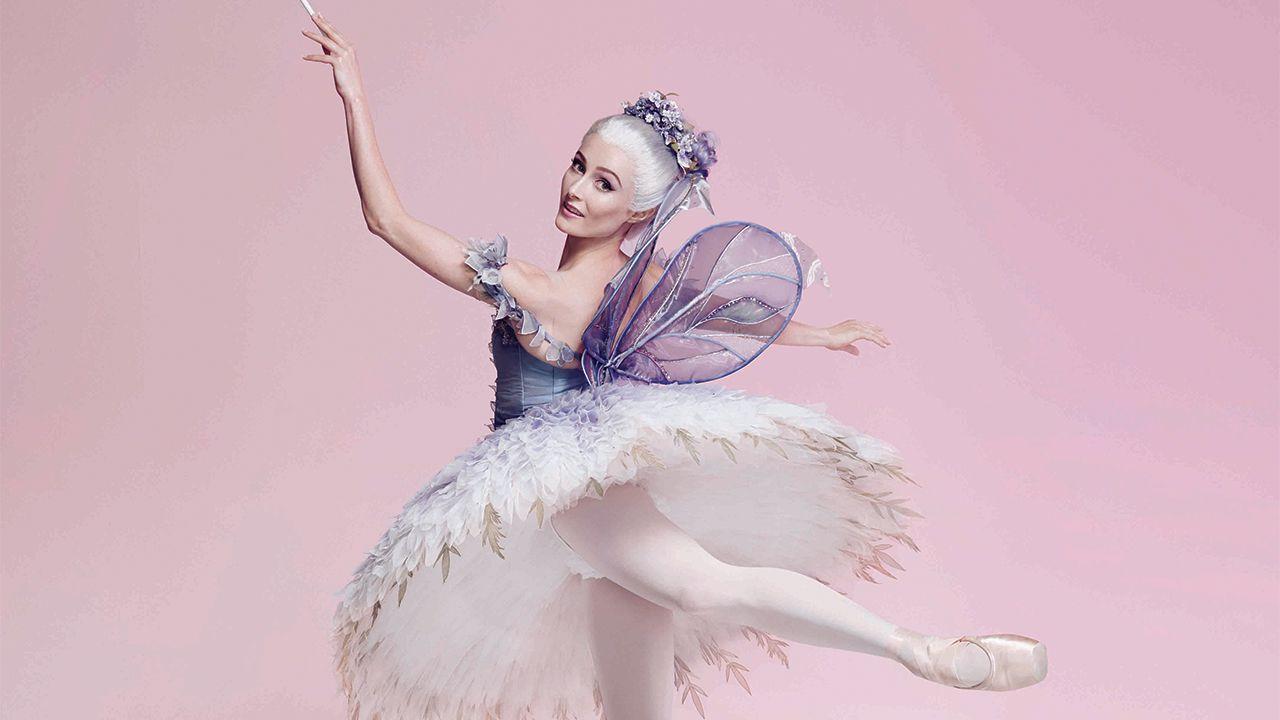 With lavish sets and costumes, this David McAllister ballet casts a spell of delight all the way to true love’s kiss. View here 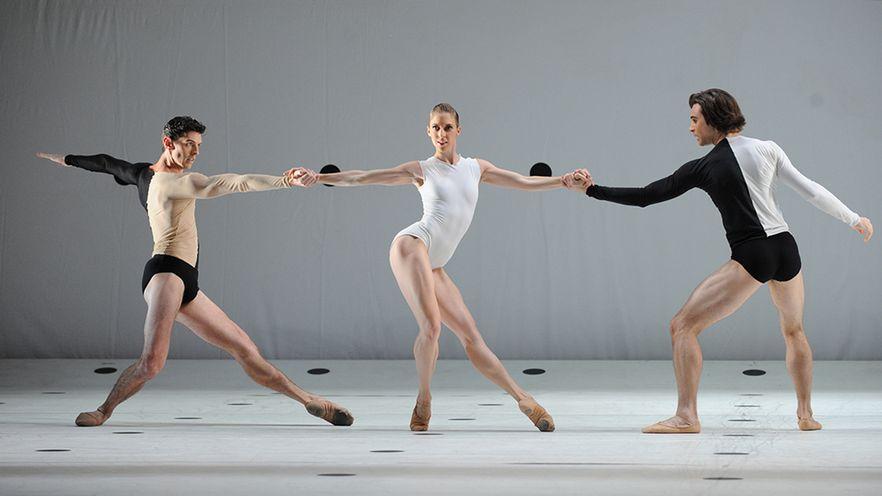 Wayne McGregor’s Dyad 1929 tests the limits of classical movement in a laboratory-white set, and features an electrifying score by Steve Reich. View here 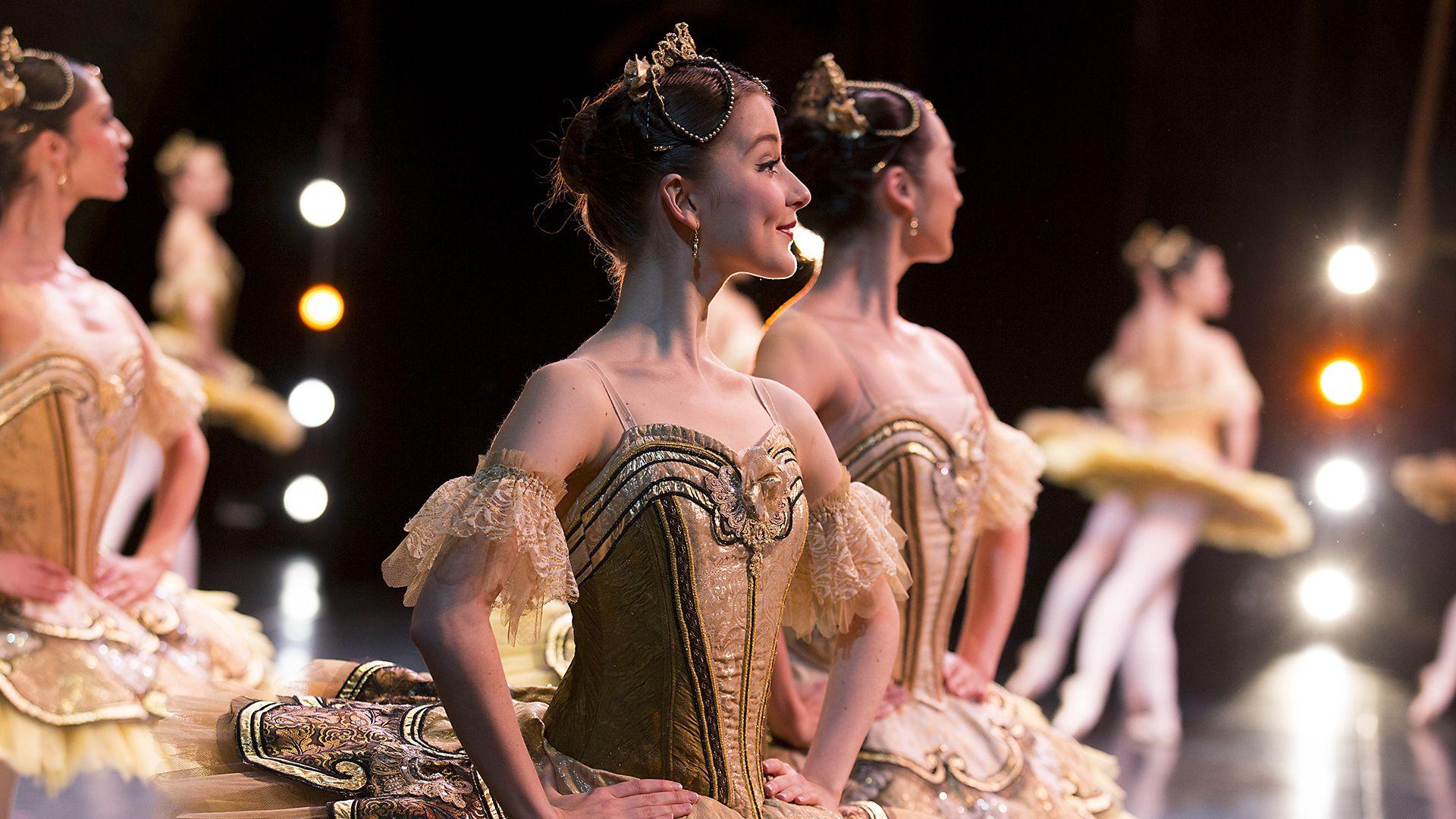 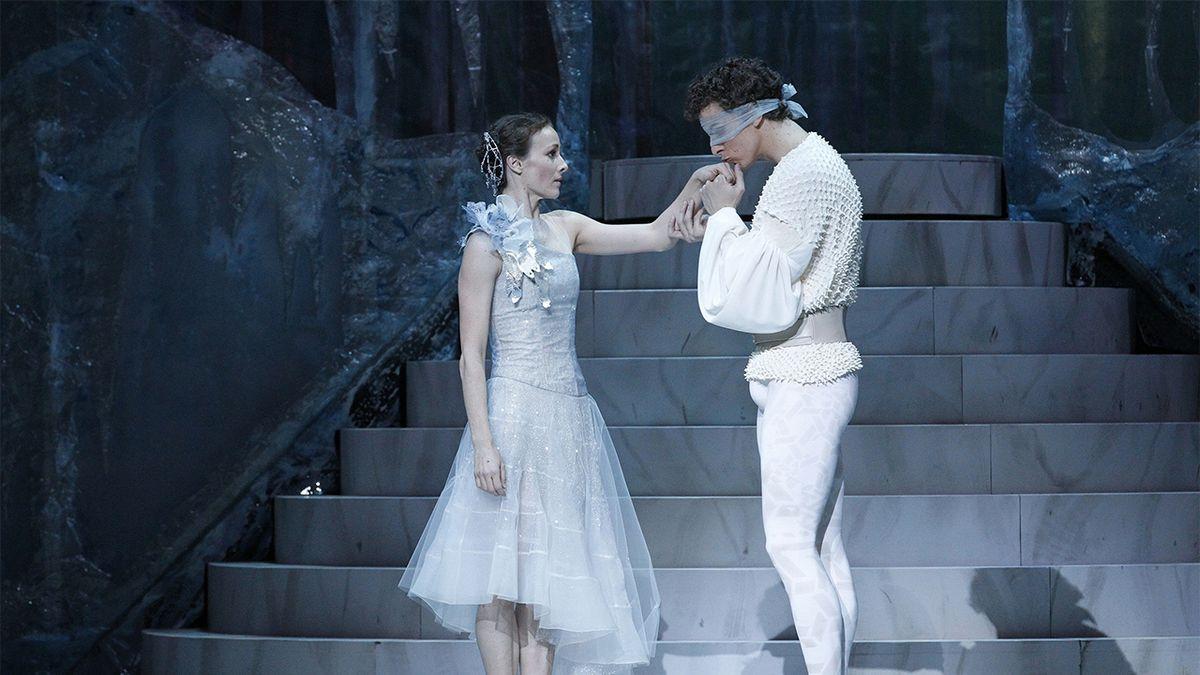 Graeme Murphy’s Romeo & Juliet captures the implacable hate of rival families, the joy and tenderness of first love and the poignancy of its end. View here 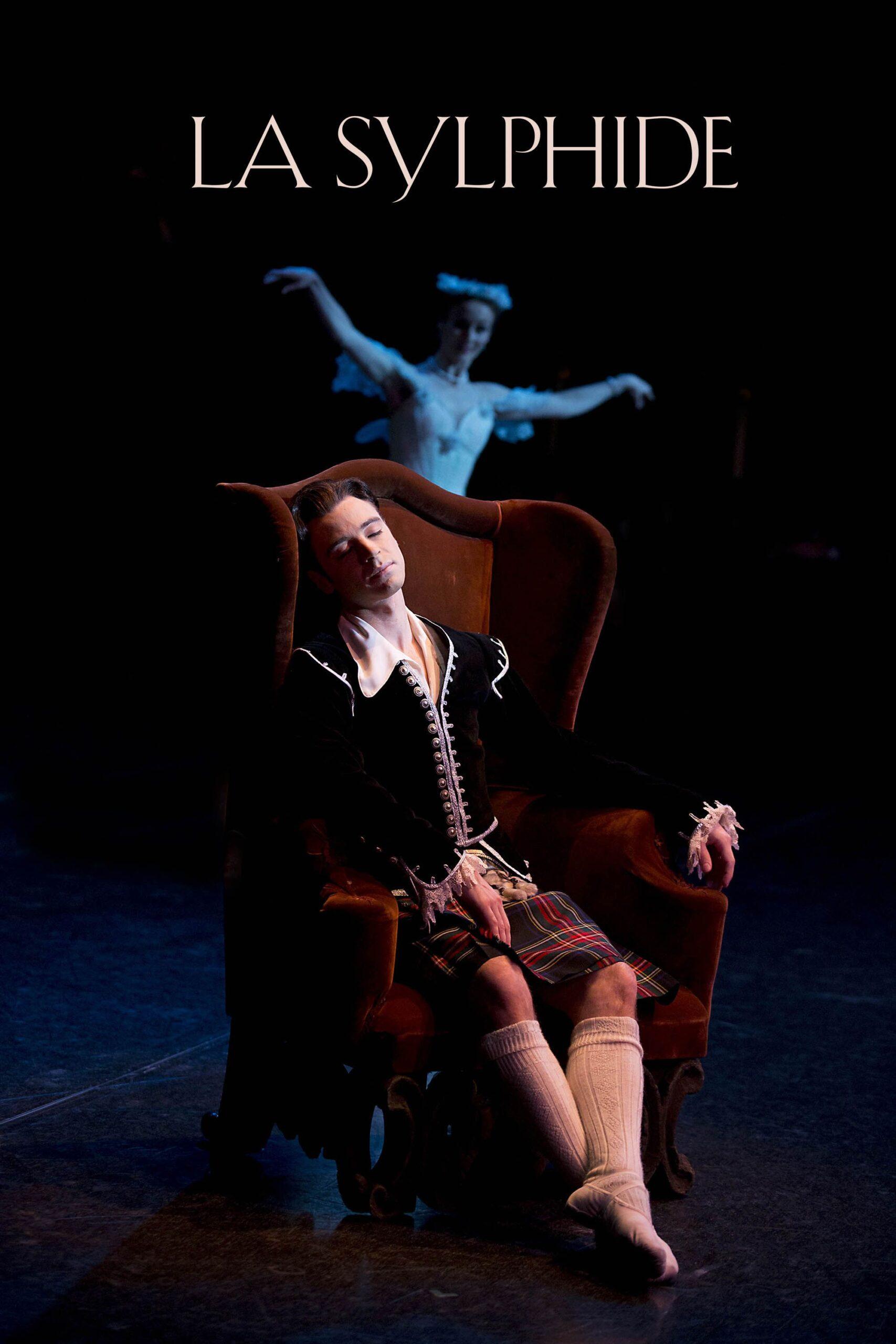 La Sylphide is a ballet that tells the tale of a Scottish dreamer who is fascinated by a woodland sprite and spurns his fiancée to follow her. View here

Catch all 3 episodes on iview.

Australia’s fever for ballet began in the early 20th century with the arrival of the Ballet Russes, who inspired the establishment of Australia’s first professional ballet company – the Borovansky Ballet. Despite outstanding success with audiences, the life of the company was short lived. It wasn’t until the arrival and foresight of British dancer Peggy van Praagh – who took over the sinking company – that the future of ballet in the country looked up.

A successful campaign to government in 1964 led to the establishment of Australia’s first professional dance company: The Australian Ballet. The company’s debut of adored classic Swan Lake was a resounding success, but the early decades were far from smooth sailing. A failed tour to New Zealand, over-worked dancers and industrial action threatened the fledgling company as it tried to carve out its own unique cultural identity.

The early seventies saw the celebrated arrival of a new mode of contemporary dance and the company’s iconic production of Rudolph Nureyev’s Don Quixote, an extravaganza that would herald the greatest ballet film of all time.

In the 1980s, The Australian Ballet’s audience was broader than ever before. But the long simmering tensions between belt-tightening and creative risk were about to come to a head. In 1981 the dancers staged an iconic strike, demanding to be paid according to skill and rank.

Shortly after, the artistic appointment of British dancer Maina Gielgud finally brought together the creative and business sides of the company. What followed was a harmonious period of rebuilding and a focus on cultivating the company’s many young dancers, such as David McAllister, Steven Heathcote, Elizabeth Toohey and Fiona Tonkin.

Inspired by the company’s youth, the early nineties saw daring, sexy and provocative ballets that pushed the limits of physicality and tradition. Spartacus, and Stanton Welch’s Divergence showed a new edge and revolutionised the ballet’s public image.

Ross Stretton took over the artistic direction in 1997. Remote and reclusive, his approach was not endeared by some, though no one could deny his artistic strengths. By the end of the decade, the repertoire was becoming increasingly contemporary, increasingly Australian and increasingly risky.

His daring first commission was Graeme Murphy’s adaptation of Swan Lake, inspired by the love triangle between Princess Diana, Prince Charles and Camilla. It was an unprecedented success, becoming a signature piece for the company and securing the future of the company in McAllister’s hands.

Further collaborations with Stephen Page and Bangarra Dance Company, and the recruitment of Ella Halvelka, The Australian Ballet’s first Indigenous dancer, cemented the company’s commitment to represent a diversity of stories and cultures that reflect Australian society more widely.

With success of large-scale crowd-pleasers such as Alice in Wonderland and Sleeping Beauty alongside more experimental works it appeared that the balance between financial viability and creative risk had been struck.

After twenty years at the helm of the company, McAllister propelled The Australian Ballet into the 21st century on and off the stage. In 2021, ballet’s popularity is as great as ever. With the recent appointment of international superstar David Hallberg as the eighth Artistic Director the ballet looks forward to a new future as one of our preeminent cultural institutions. 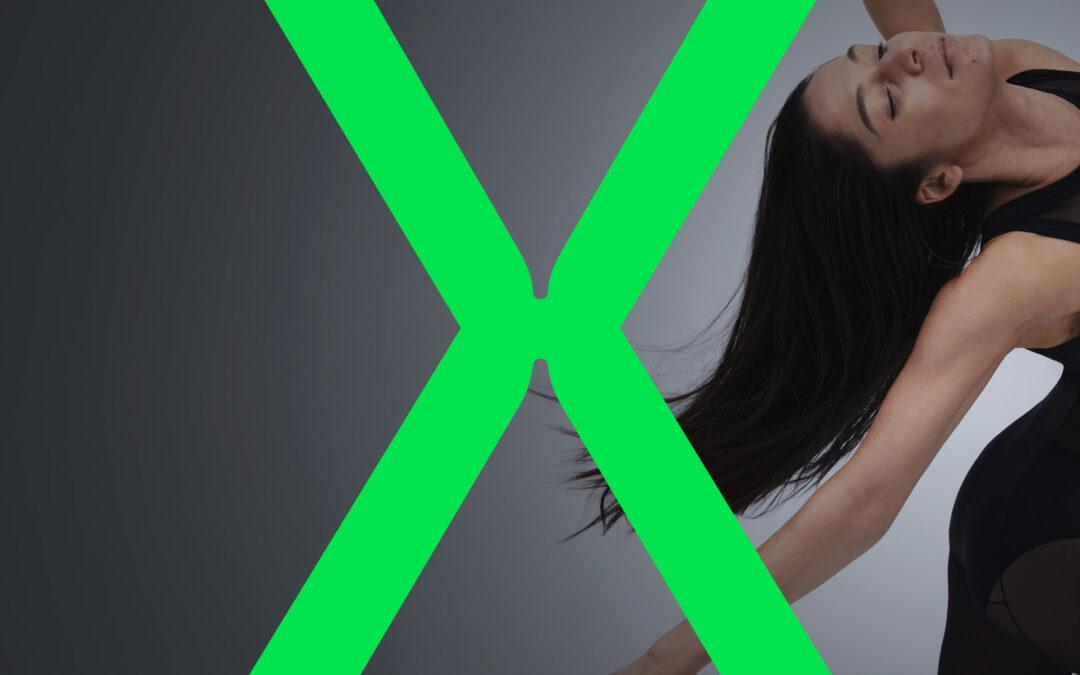 This September, dance companies from around Australia will gather at Arts Centre Melbourne for a festival experience like no other.

DanceX is a brand new, two-part festival conceived and curated by The Australian Ballet’s Artistic Director David Hallberg that will showcase the depth, range and diversity of the nation’s dance community. Bringing audiences brand new commissions, Australian premieres and excerpts from some of the most popular dance works of the last year, DanceX is an unmissable experience for culture-lovers of all kinds.

The Australian Ballet will perform in both parts, presenting the Australian premiere of Johan Inger’s comic, romantic dance theatre piece I New Then, set to songs by Van Morrison; Inger, a Swedish choreographer, danced with Nederlands Dans Theater and has made works for leading companies all over Europe.

DanceX is an opportunity for audiences to experience diverse works from Australia’s leading dance companies, celebrating and paying tribute to the richness of Australia’s dance community. As well as initiating and presenting DanceX, The Australian Ballet has commissioned two companies, Chunky Move and Lucy Guerin Inc, to create brand new works.

Sydney Dance Company | ab [intra] (excerpt) From tenderness to turmoil, ab [intra] is a journey through the intensity of human existence that will command your attention.

Lucy Guerin Inc | How To Be Us* A duet for two women on the limits of freedom.

Chunky Move | AB_TA_ Response* AB_TA_Response explores the rhythm of forms between dance and design and considers the dialogue between biological and technological systems.

West Australian Ballet | 4Seasons The stages of life and love – the youth of spring, storms of summer, tenderness of autumn and the aging of winter.

*commissioned by The Australian Ballet